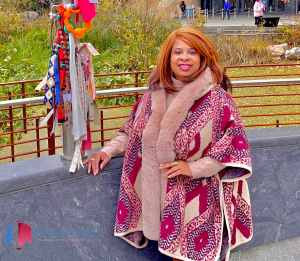 “These campaigns are important to LERIS Media because we are committed to ensuring that health prevention messages effectively reach multicultural communities; it is a matter of life and death,” says Leris Bernard. “African Americans and Native Americans suffer from the same health inequities and are disproportionately affected by many of the same illnesses. Culturally, we share a similar distrust of the US healthcare system. It takes an extra effort. A nuanced and culturally astute strategy for the messages to break through.”

LERIS Media is the recipient of the PRNEWS 2021 CSR & Diversity Award for Best Campaign by a Black-Owned firm. A panel of diversity, equity, inclusion and social good experts determined the campaign to be inspiring, innovative, and deserving of industry wide-recognition for its impact on the global Native American community.

The industry’s only editorial roster of the top 100 PR and Communications agencies in the country is published by PRNEWS. This year, LERIS Media was selected for the Agency Elite Top 100 based on its multicultural marketing expertise.

Erika Bradbury, Editorial Director, PRNEWS says. “The firms this year stood out for their work on the most important issues of today, including DEI initiatives, social impact causes and COVID-19 relief work, as well as their understanding of the importance of being nimble in an always-on media world.”

Leris Bernard expressed, “Words cannot express our appreciation of these honors. We would like to thank the Epilepsy Foundation for the pleasure of working with them on these campaigns. These awards affirm that LERIS Media’s communication strategies for multicultural communities are impactful. We look forward to continuing to work with non-profits and companies who want to reach multicultural communities in a cost-effective manner.”

An Inside Look: Reaching Native Americans Where
They Are for National Epilepsy Awareness
Month’

Often, a company’s approach to diversity is to throw different people into one pot and send the same message to everyone. But in truth, by being non-specific, you often don’t get the impact that you were expecting. If you take the general media route for a campaign, smaller demographics won’t feel seen and as a result won’t respond. Once you determine your target market, it is just as
important to ensure that you are speaking the language of that market. You want to make sure that your message is resonating in line with their culture.

We Thank PR
News for inviting us to speak at the CSR Social Impact Summit about how to effectively bring life-saving information to all people.  Because truly, we are all in this together.

Would you like to See Your Company or Product in Essence Magazine?

PR or Public Relations / Media Relations, builds visibility. It builds name recognition. Having your company’s products and services in a national publication can create an enormous boost for your company.

PR is about what you as a company want to say to your customers. A public relations campaign shows how wonderful a brand is, makes the public trust it so when they do buy it, they know they made an excellent choice.

Here at LGB Productions, we Get Press Coverage. We Do!

But, we don’t stop there. We USE that press coverage to exponentially get your message out by combining it with a strategic communications push.

We serve businesses – large and small – by implementing their PR strategies and coordinating the production of their marketing tasks.  The result is the positioning of the business to take a stronger foothold in their marketplace.

Get Started. If you are not ready to go national, start locally. Start Somewhere!

Give LERIS Media a Call